The Cure for Superficial Faith: How to Strengthen Your Faith in God 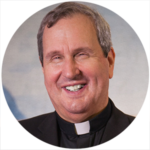 It’s impossible to know God and to love God if you’re not really sure He exists. This radical uncertainty is a problem for many Catholics, and our culture often makes the problem worse by belittling faith as unscientific. The result can be a superficial Christianity so weakened by doubt it becomes “Pascalian” – a mere wager that God is real, as opposed to a deep conviction that He is at work in our lives. I’ve discussed the risks that arise when faith gets stuck at this superficial level. Superficial faith, rooted in shallow soil, bears little fruit: we become false Christians.

So how does one get beyond superficial faith to build a real relationship with Jesus Christ? I think that there are three blocks that have to be removed to make way for spiritual growth.

There is so much to be said about how to strengthen your faith by acting against each of these blocks. Let me focus mainly on the first one for now and address the other two at a later time.

Religious skeptics argue that there is simply no real evidence for God, or at least none that can hold to rational scrutiny. As G.K. Chesterton observed, every heresy exaggerates a truth. In this case, the kernel of truth is that the evidence for God is not absolute. You can’t point to some hard, undeniable data that would force people to believe in God. There is and will always be an element of choice required for faith. We always have the option to doubt God’s existence. But it’s wrong to infer that an absence of absolute evidence is the same thing as no evidence. The evil one would have us think in that way because he wants us to despair of knowing the truth. He would like us to see faith as a leap across an infinite chasm. The Catholic position has always been different.

Blessed John Henry Newman, a famous thinker in the church, had a notion he called “informal inference.” What he meant was that a series of preexisting probabilities can converge to infer the truth of something that can’t be formally proven. That is very much the case with God’s existence as well as the claims contained in the Gospels. There are strong philosophical and mathematical arguments for God’s existence. There is strong emerging evidence from contemporary physics that points to the likelihood of God. There is medical evidence of the soul in the well-documented phenomena of near-death experiences. There is growing historical evidence of Jesus’ life, his miracles, and his divinity.

In each of these cases (and others not cited here), the evidence all points to the probability of God. And when you combine them all, their convergence and complementarity is striking. The informal inference for God and Jesus is very powerful – but it’s not a perfect inference, or a scientific proof.

Some atheists argue that the absence of absolute proof shows that God must not exist. After all, if He really existed, why wouldn’t He simply reveal Himself with some awesome, worldwide, undeniable miracle? The simple answer is that God doesn’t want to take us by force. As the great Russian novelist Dostoyevsky noted in The Brothers Karamazov, God “would not enslave man by a miracle.” He will not take from us our ability to desire Him, to choose him, and to act according to our hearts and to our choices. The absence of absolute evidence shows us that God respects our freedom. He wants us to give our love freely. It’s up to us to make that small leap – not an infinite leap – and say, “Yes, I do believe. I know God is present in my life. I know He loves me. I’m open to His guidance and His forgiveness.”

As the hyperlinks above attest, there are great resources available for Christians whose spiritual growth may be stunted by serious doubts. Another institute I help to lead, the Magis Center of Reason and Faith, has just published two web-based repositories – a “Why Believe in God Wiki” and a “Why Believe in Christ Wiki.” Each is filled with an abundance of information for people who want to resolve lingering question, be better evangelists, or just get to know their faith better.

If doubts are holding you back in any way, you have two profoundly important responsibilities. The first is to seek whatever type of evidence you need to address your doubts. It’s essential to reach a point where you can take a true leap of faith, and to go from superficial faith, merely assuming God exists, to knowing He does.

The second step is to prepare your heart and to really expect God to enter into your life. He will not disappoint you or fail to show up – He is already present, in fact. We are the ones who need to show up by praying, with trust and sincerity, for the guidance, the gifts, and the love God is eager to give us.