Blessed John Henry Newman once wrote on a “miserable counterfeit of conscience” that promotes the right to self-will. Newman sought to reinforce that we cannot overlook revealed moral truths.

Catholics are often told to follow their consciences on matters involving sexual morality, but the same advice is not given to those who harbor racist attitudes, and deny an obligation to help the poor.

Forming Your Conscience with Amoris Laetitia 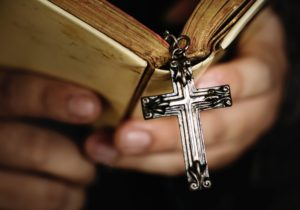 because it could be abused. So, just in essence, I think it’s paragraphs 403 to 406 there, where conscience is set out along with pastoral guidance within the internal forum.

You could give such a loose interpretation to that, that you really would mislead people with the respect of the intention of Christ. So, the important clarification is, “Look, in order to appeal to conscience, you have to have two conditions in place before you can make the appeal.”

Conforming Your Conscience to Christ

You have to make sure your conscience is formed, that is to say, formed by what? Formed by the revelation of Jesus, and the teaching of the church.

I can say right now, if I had no formation of conscience, I might just really feel good about mass-murdering of Martians. “I just don’t like their color, I think, you know, that green, you know. You just got to take them out of the gene pool, and I feel great about it. My conscience says, ‘Okay.'”

But what would Jesus say about killing Martians? Let’s suppose they have a soul.

What would Jesus say about taking the lives of people who are technically innocent? What would the Church say about this?

We do have to form our consciences, not only by looking at what the Church says about specific issues, but at what Jesus and the Church say about the range of moral and doctrinal issues that were, as we call it, divinely revealed Tradition.

Amoris Laetitia needs clarification, to prevent a kind of an abuse of what I would call unformed conscience.

It should not be read as supporting moral relativism and subjectivism of the will, that is to say, by an unformed conscience sort of getting out of control.

A Catholics’ conscience is not supposed to undermine Jesus’ will, or to deviate from a Christian moral standard.