The Commissioning of Peter in the Gospel of John

This account in John’s Gospel, which of course is the threefold commissioning of Peter, is a remarkable passage. Frequently enough people think only of the commissioning to Peter in the gospel of Matthew, which of course not only establishes Peter as the highest teaching and Juridical Authority in the Church, but also makes Peter’s successors also be the highest teaching authority.

There is of course the typically Johannine approach to that same commissioning, but what’s important here? Well, it’s threefold. There are three different themes that Jesus has interwoven into it.

The first thing of course, is that Peter receives this commissioning, and no one else. None of the other disciples. Jesus has called Peter away by himself and is talking to Peter alone and he gives him this commissioning.

And of course, what is the commissioning doing?

It’s doing two things. The first is an atonement for Peter’s denials. We see that Jesus gives Peter the chance to declare his love, which in a certain sense is an atonement for his denials previously, during, Jesus’ trial before his passion. It’s important to note that when Peter declares again his love and fidelity, his desire to follow the way of Jesus and even give himself, remember the term love in the gospel of John includes the dimension of self sacrifice.

And Jesus is giving him this office through Peter’s pledge of fidelity and self sacrifice to Jesus in his love, which is at once an atonement for the denial. 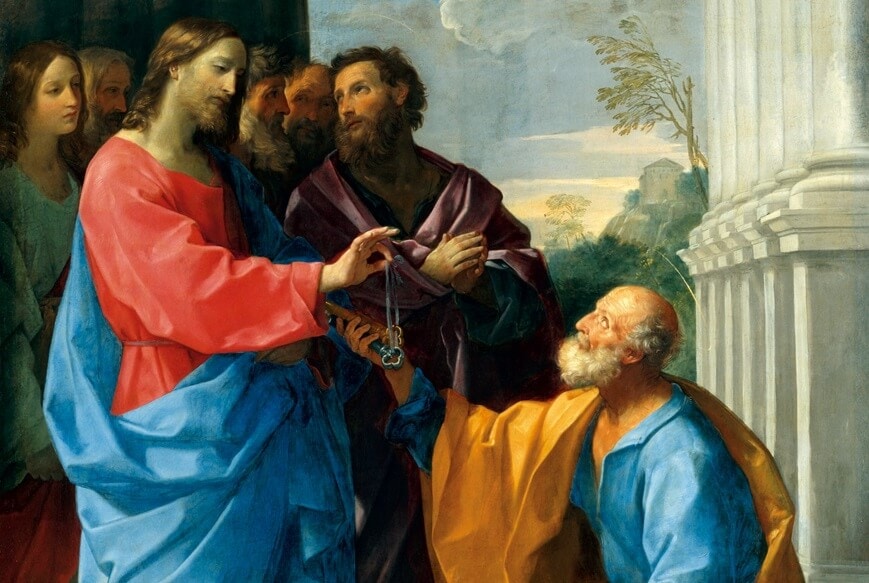 John 21 and The Commissioning of Peter

But secondly, the pledge of Peter’s loyalty and self-sacrifice is required so that Jesus can impart on him this office of the chief shepherd in his own stead. And this is a really significant passage. You have to know in a way how to read this in Johannine terms, there’s no question about this, that Jesus pulling Peter aside by himself is of course a special commissioning.

And then there’s the idea of ‘my sheep’, right? You know, I’m giving my sheep over too. I’m giving my place as the shepherd over to you. And of course, when you do that three times, there is a special significance to it.

Three is considered something of a perfect number. So in other words, Peter declares his desire, his commitment three times. It’s kind of like a perfect pledge to which Jesus responds three times to feed or tend his sheep as of course, the chief shepherd.

There’s no question that Peter receives a special commission. The other apostles know, right? They have the Holy Spirit too, they know that Peter has received the commission. Of course, we now see that this a commission is extended if course it resides first and Peter, but that it will be extended into the history of the Church, precisely as the commissioning and Matthew suggests.

And thank God for it. Because if we did not have that special juridical and teaching authority vested in a single shepherd, the absolute arbiter of decisions within the church, we would have the fragmenting that we see, right? 30,000 different Christian denominations in 500 years, just because of the Protestant churches’ separation from the papacy.

And this reminds us of the priestly prayer of Christ: