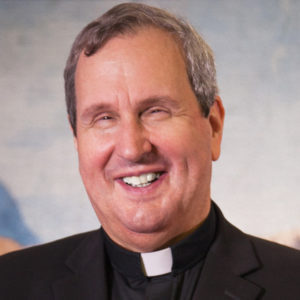 It’s typically held that Augustine based his philosophy and theology on the teaching of Plato. Aquinas, by contrast, is said to have based his teachings on the thought of Aristotle.

Did that put them in conflict?

Well, actually poor St. Augustine didn’t have really any knowledge of Aristotelian works. When the libraries of Alexandria burned down, essentially these works either were burned or lost.

The present versions of Aristotle’s works that we have, are really like class notes, very, very well-done class notes of his lectures,

After the original works of Aristotle were lost, the class notes of the students of Aristotle, were still around, and of course Aristotle had edited some of them.

So these works were kind of in the Middle East, and they were well-known but they were not known in Europe, and of course Saint Augustine knew the works of Plato.

So he doesn’t ignore the Platonic one, but he is more grounded in the Aristotelian one. He’s not simply an Aristotelian.